Our new observatory is starting to prove its worth… the Trifid Nebula is an object I’ve always wanted to capture, but in our previous location it was too low in the sky and was always obstructed by trees.

Further complicating matters, it is a summertime object, and here in Florida summertime is the worst time to image. Not only are the nights short, it’s often cloudy and rainy this time of year.

And FURTHER complicating matters, right now it’s only visible between 1 AM and 5 AM – so if you like sleep, automation must be used to capture its photons.

But with an observatory, you can do just that. It automatically checks the weather, and if there’s a break in the clouds, the dome will open up, and it will gather as much data as it can. This image represents two nights’ worth of data in between the clouds, and it all happened while I slept. Capturing the data is only the beginning of an image like this however; turning that data into a pretty picture is half the work – as is all the work that goes into making that automation reliable ahead of time.

M20 is an unusual object; the red part is an emission nebula where you are seeing ionized Hydrogen. The blue part is a reflection nebula, which is gas lit up by the stars behind it. The whole thing is within an open cluster of stars, where new stars are currently being formed. It’s about 4,000 light-years away within the constellation Sagittarius. 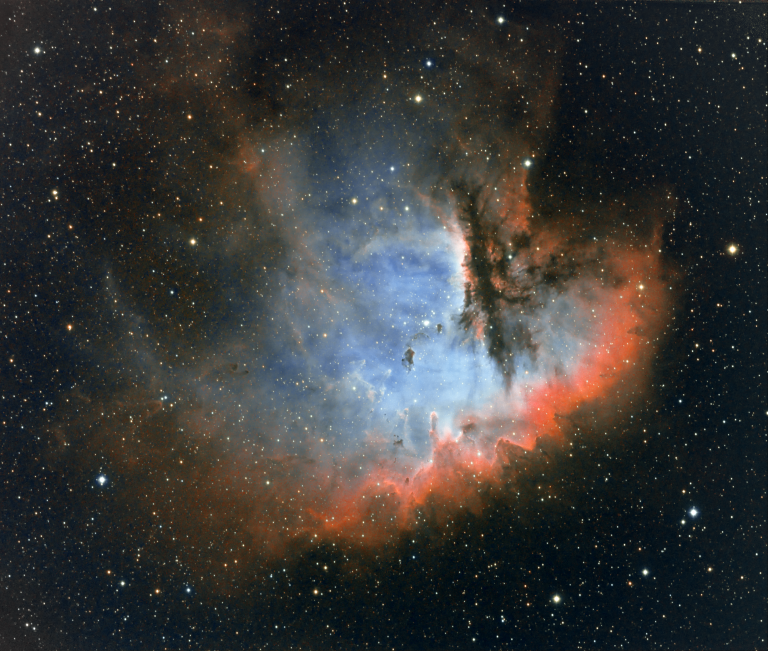 This gorgeous nebula, formally known as NGC281 in the constellation Cassiopeia, goes by the informal name of “The Pac-Man Nebula.” I don’t see a Pac-Man. I think it’s a case where if you look at it through a telescope with your eyes, you only see the brightest parts – and then, maybe it looks a… 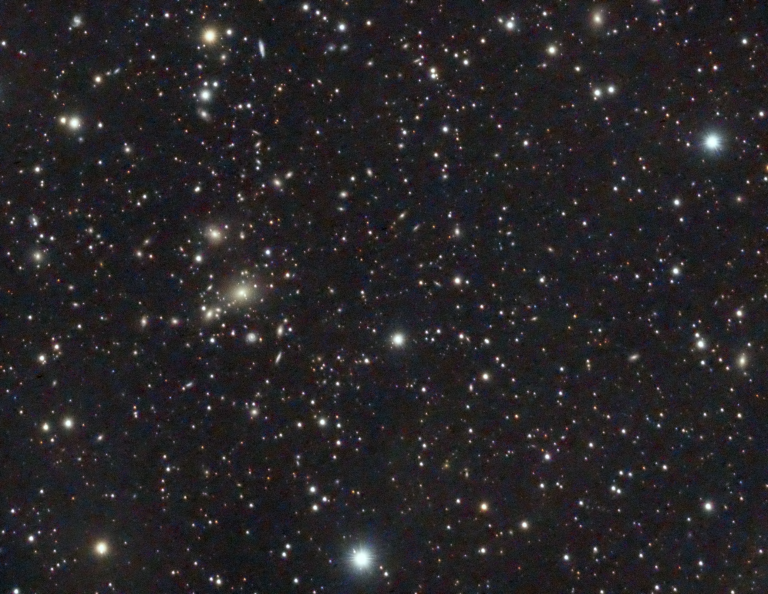 If you point your telescope outside of the Milky Way, you’re almost guaranteed to pick up very distant galaxies, because there are just so many of them out there. This patch of sky inside Cancer is a cluster of galaxies called Abell 671. If you click the image and look at it full size, you’ll… 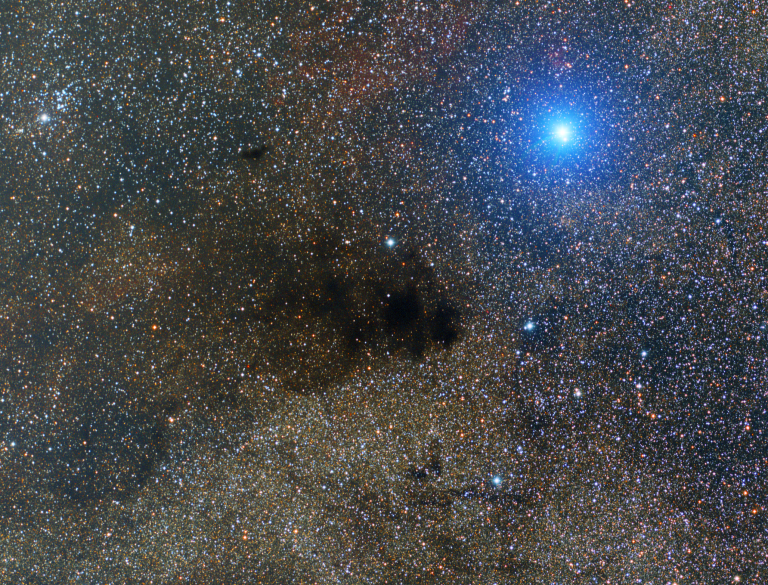 It’s been really cloudy lately in Central Florida, so instead of imaging from my driveway, I’ve tried using remote observatories. This particular image was taken using a telescope in Australia, using a service called telescope.live. This is the “Coalsack nebula”, a dark cloud of gas obscuring the Milky Way in the Southern hemisphere. We’re looking… 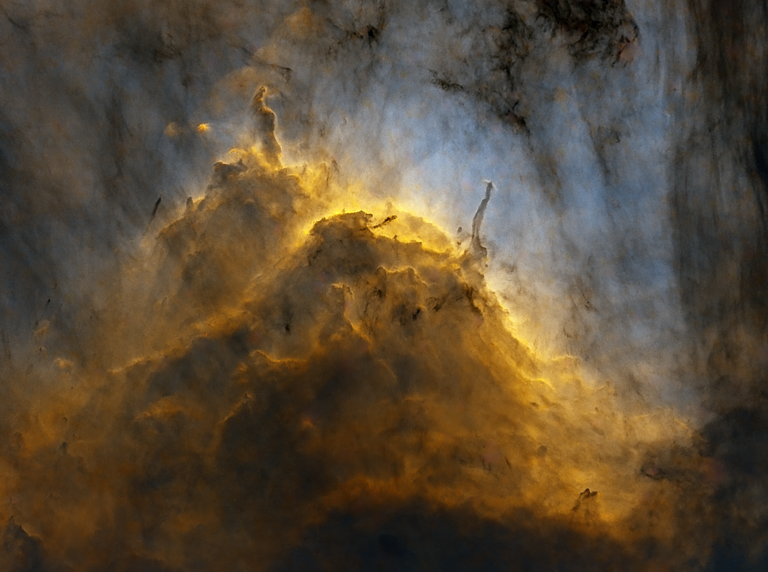 Another revisit of an old target, with better gear and better conditions. This is the Pelican Nebula in the constellation Cygnus. Shot in narrowband over one night, and presented in the “Hubble palette”. Two takes – one wider field, and one close-up with the stars removed. In both cases the image is rotated and mirrored… 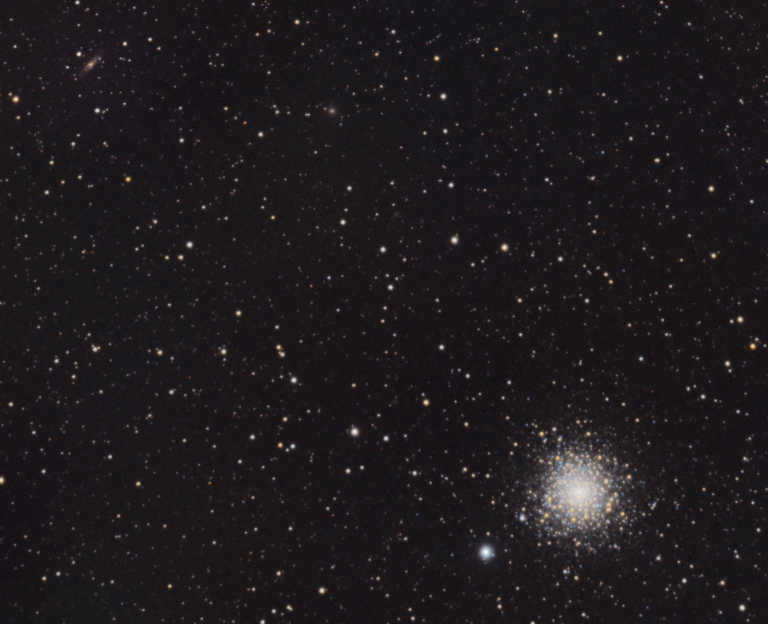 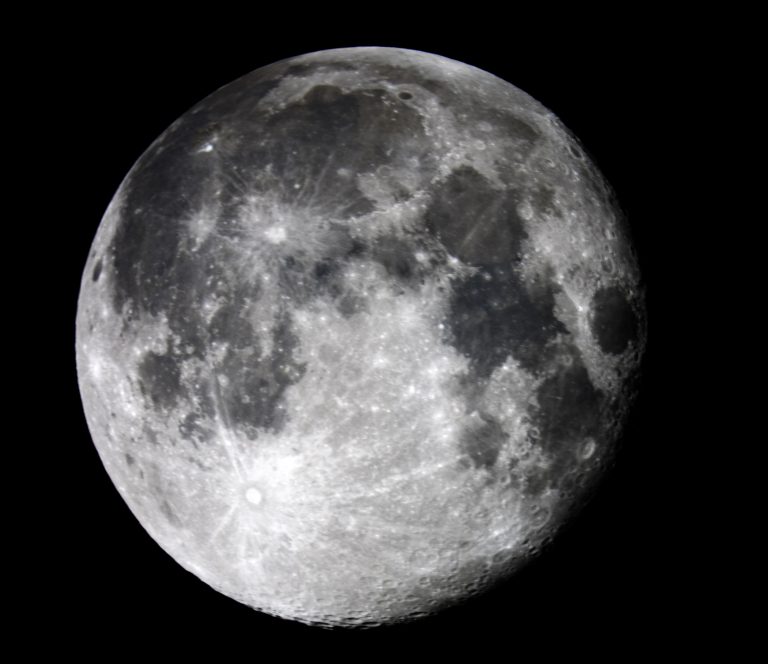