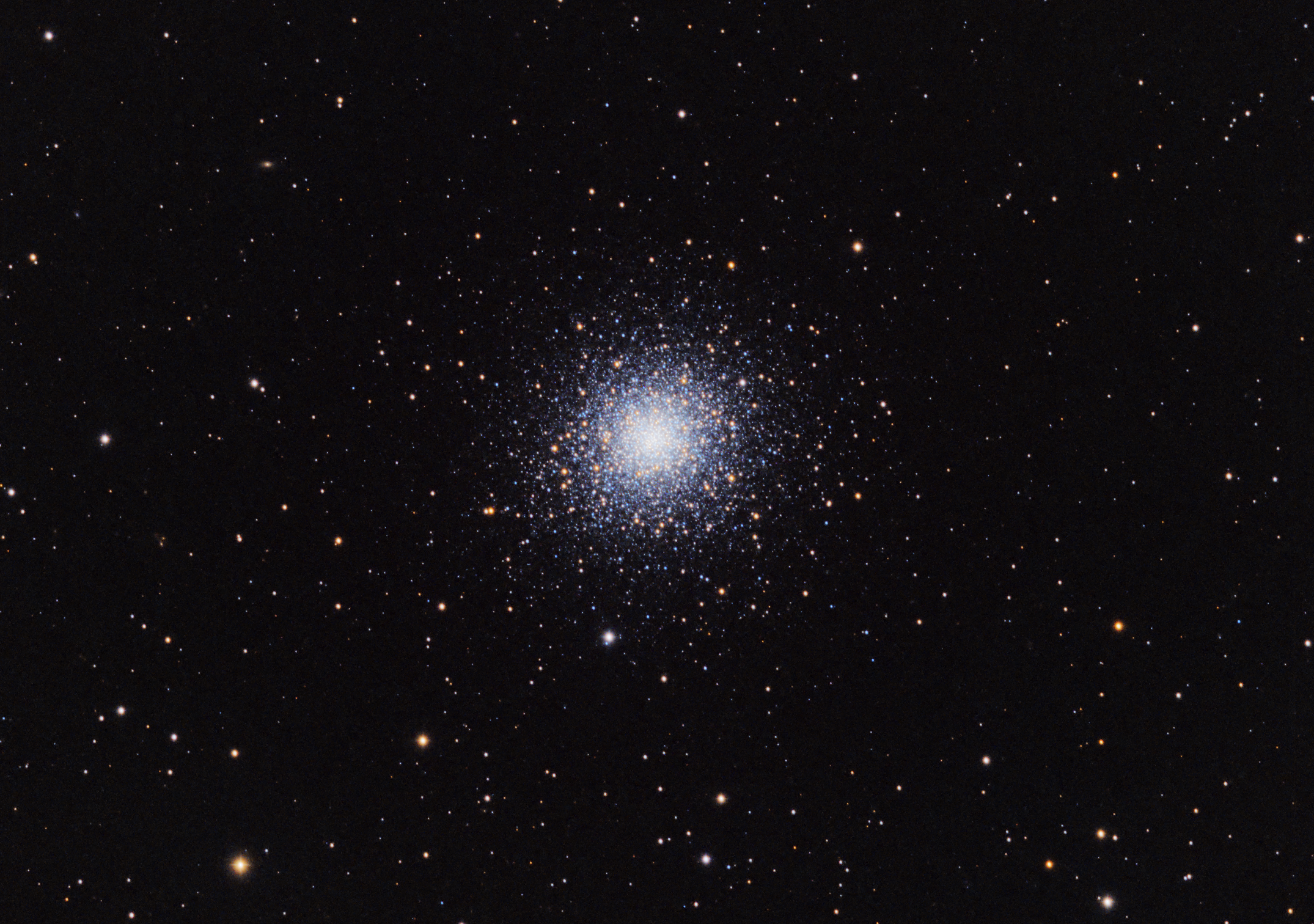 Globular clusters are mysterious objects – they are dense clusters of stars, some containing hundreds of thousands of them. And they’re not within the plane of the Milky Way galaxy; they are scattered around it. How they formed is a bit of a mystery. Did they form with our galaxy, or are they the cores of smaller galaxies the Milky Way has captured over the ages? The answer might be “both.” We also know they are ancient, as old as the galaxy itself.

M92 is one of the brightest globular clusters, located within the constellation Hercules. Its more photogenic neighbor M13 gets photographed more, but I decided to give M92 some love. It’s pretty too.

This gorgeous nebula, formally known as NGC281 in the constellation Cassiopeia, goes by the informal name of “The Pac-Man Nebula.” I don’t see a Pac-Man. I think it’s a case where if you look at it through a telescope with your eyes, you only see the brightest parts – and then, maybe it looks a… 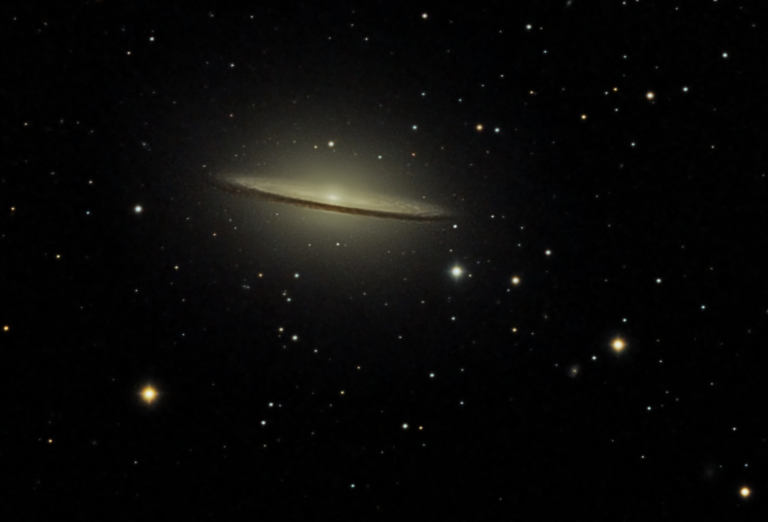 M104 is known as the “Sombrero Galaxy” due to its visual appearance – but a deep, long-exposure image reveals its true structure. It’s a lenticular galaxy about 30 million light-years away, about 30% the size of our own Milky Way galaxy.

NGC206 is an unusual object. It’s a cluster of stars, which in itself is not unusual at all… but it’s in ANOTHER GALAXY. The Andromeda Galaxy, to be precise. The fact that we can see it so clearly, two and a half million light-years away, boggles the mind. It’s that cluster of blue stars near… 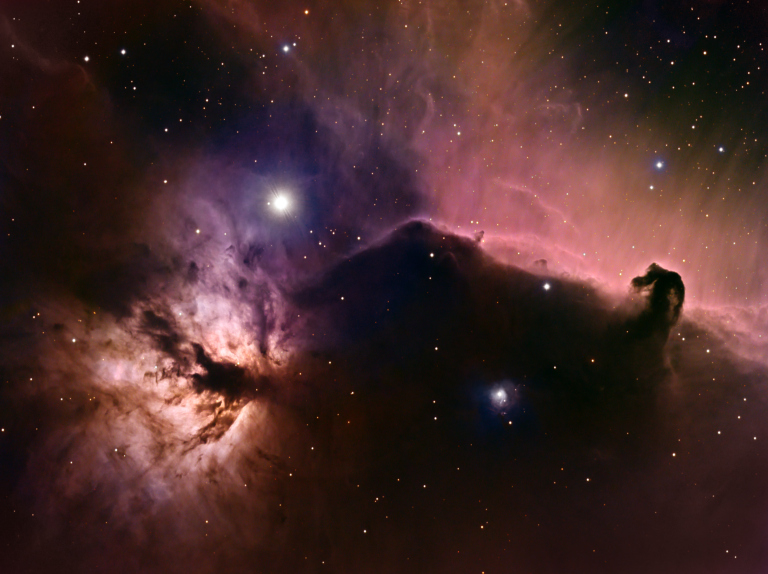 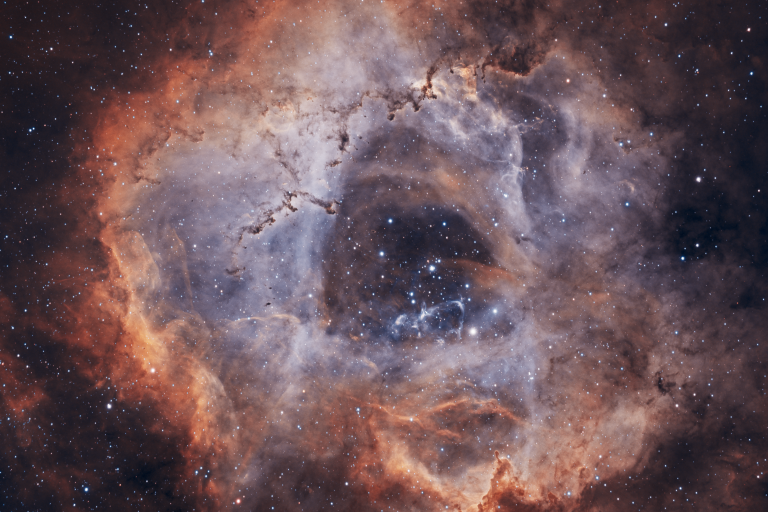 The Rosette Nebula is about 5,000 light-years away in the constellation Monoceros. It’s the birthplace of the cluster of stars it contains. While it doesn’t look much like a Rose in this view, the false-color narrowband image below brings out more of its structure. 7 1/2 hours of total exposure time, on New Year’s Eve… 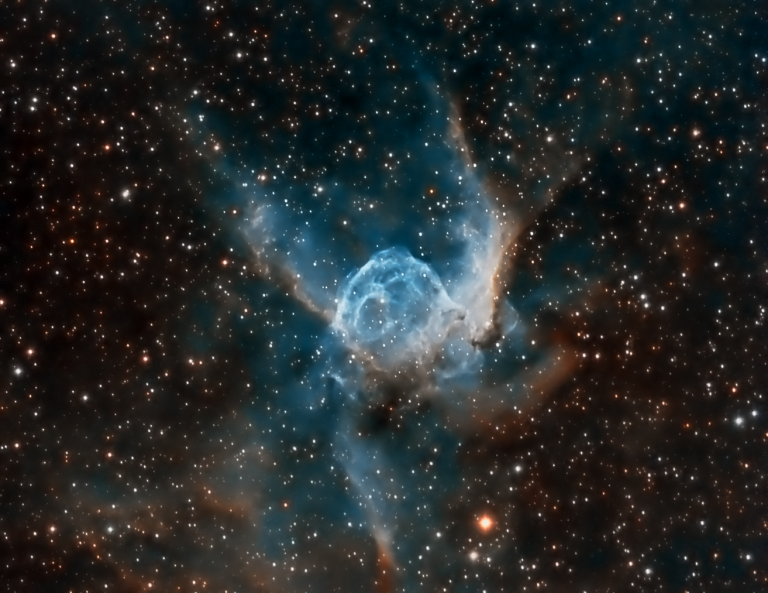