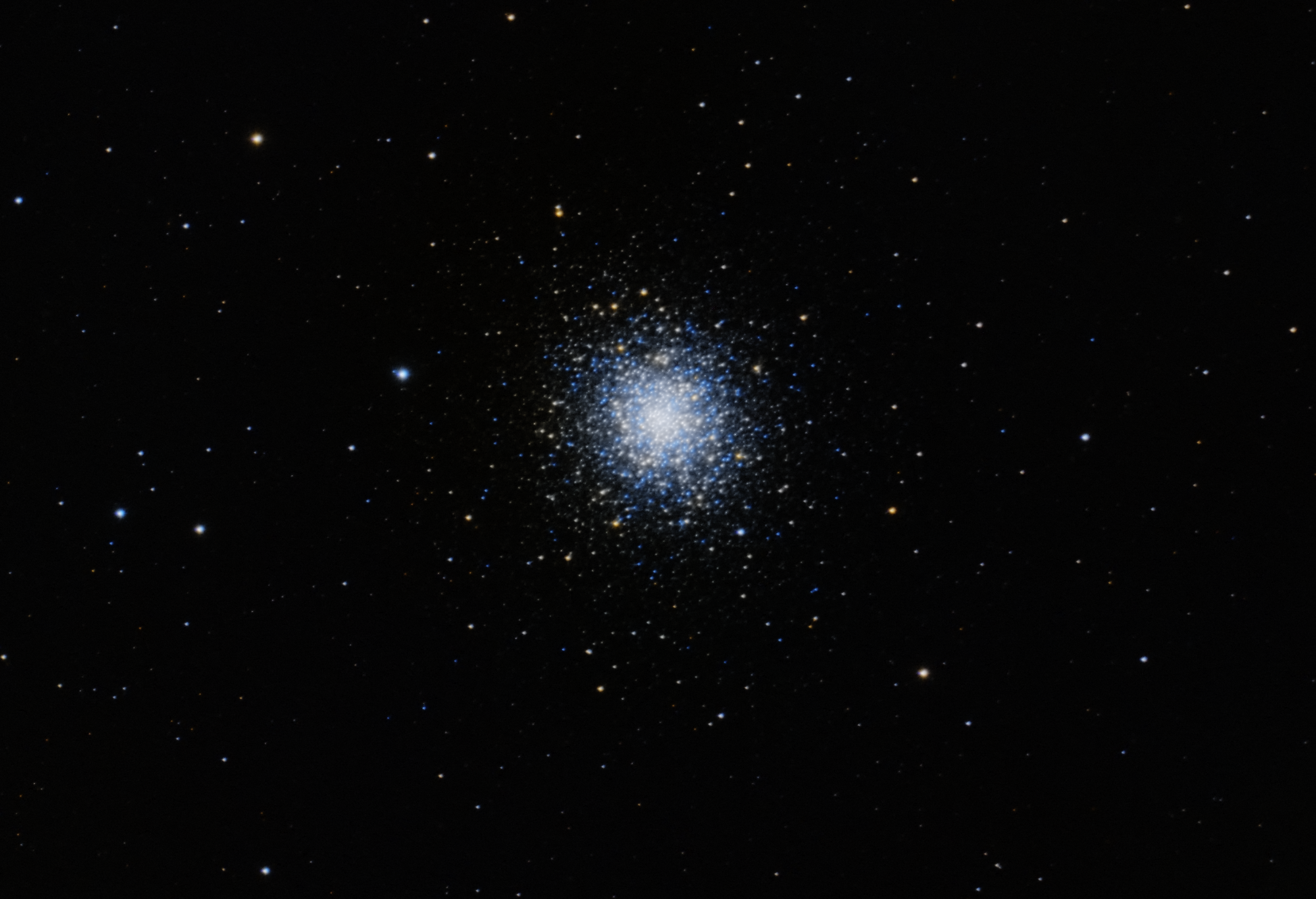 Had a few hours of clear skies last night, and captured a globular cluster I hadn’t imaged before: M92. It’s a pretty one, and I’m surprised it’s not more popular. It’s in the constellation Hercules, and I suspect it just gets overshadowed by its even more spectacular neighbor, M13. 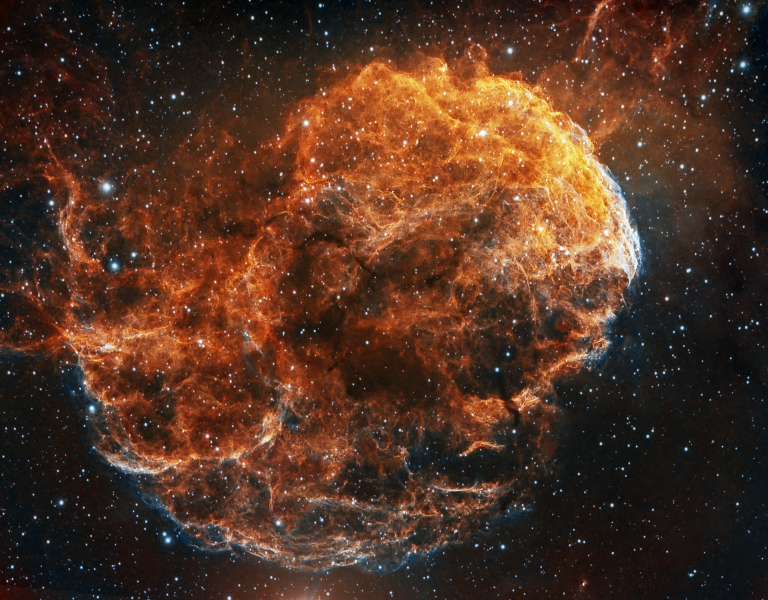 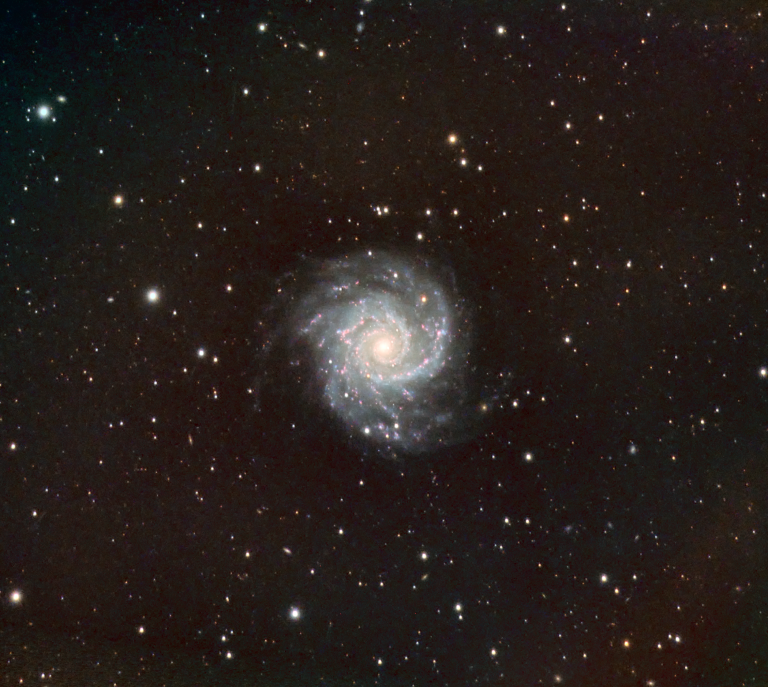 This galaxy is only known as M74. At 32 million light-years away, it’s about as far as you can get for a halfway decent image taken from Earth. It is a “grand design” face-on spiral galaxy. Look closely and you’ll see a few more galaxies in the background that are much more distant, and therefore… 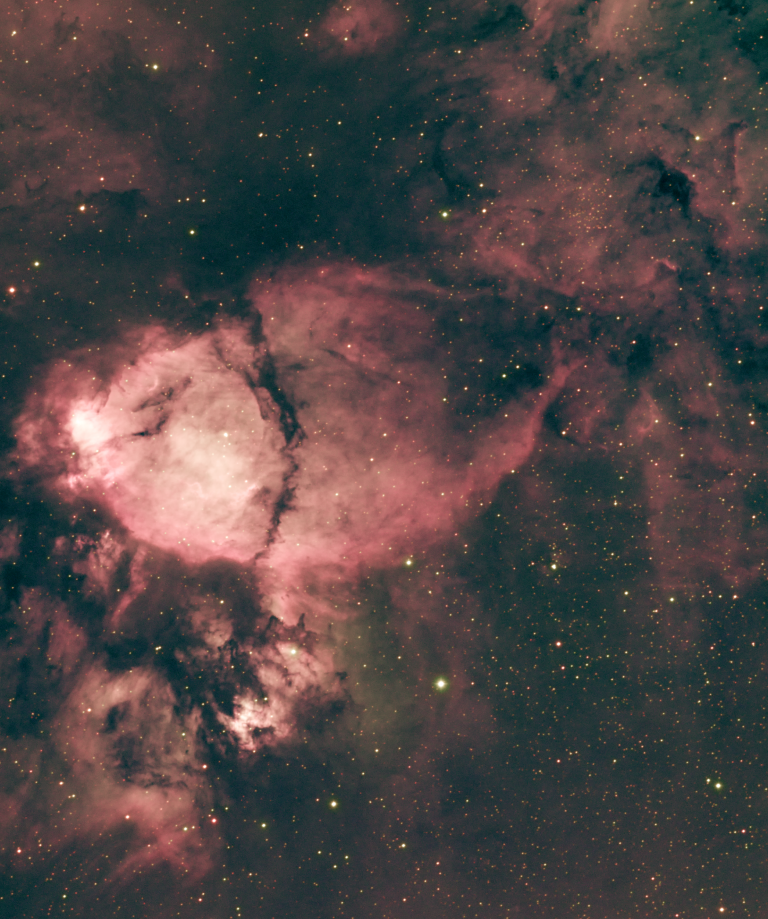 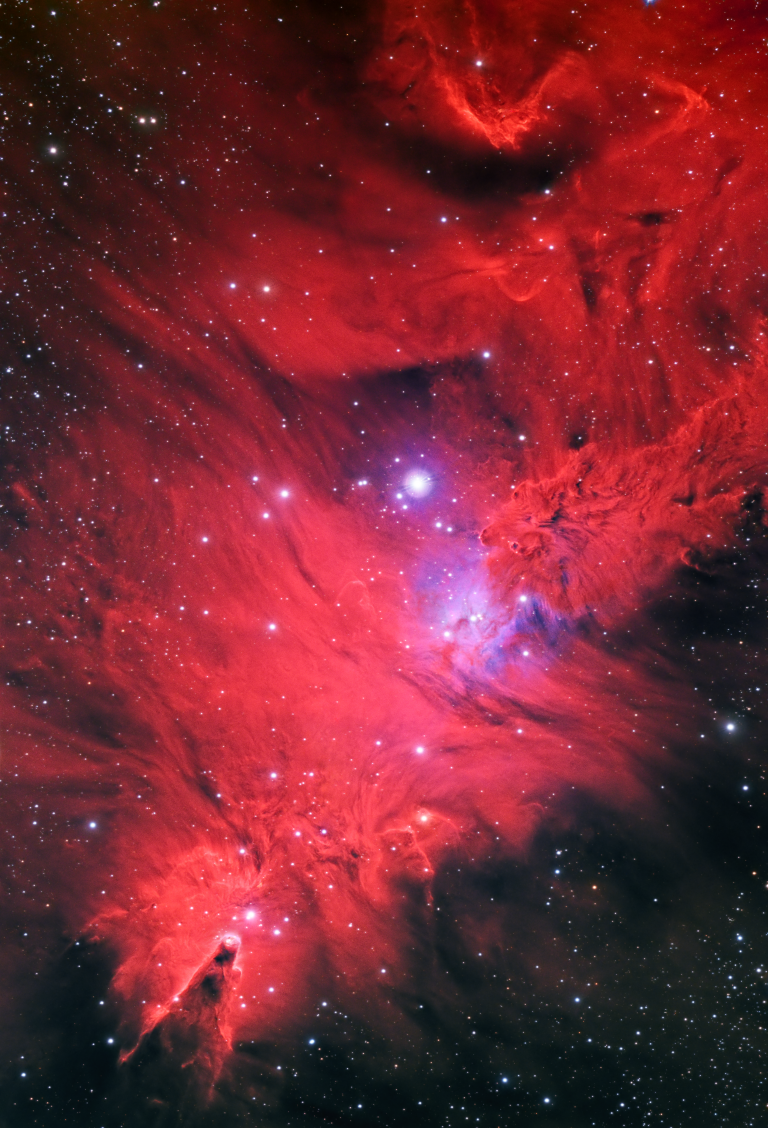 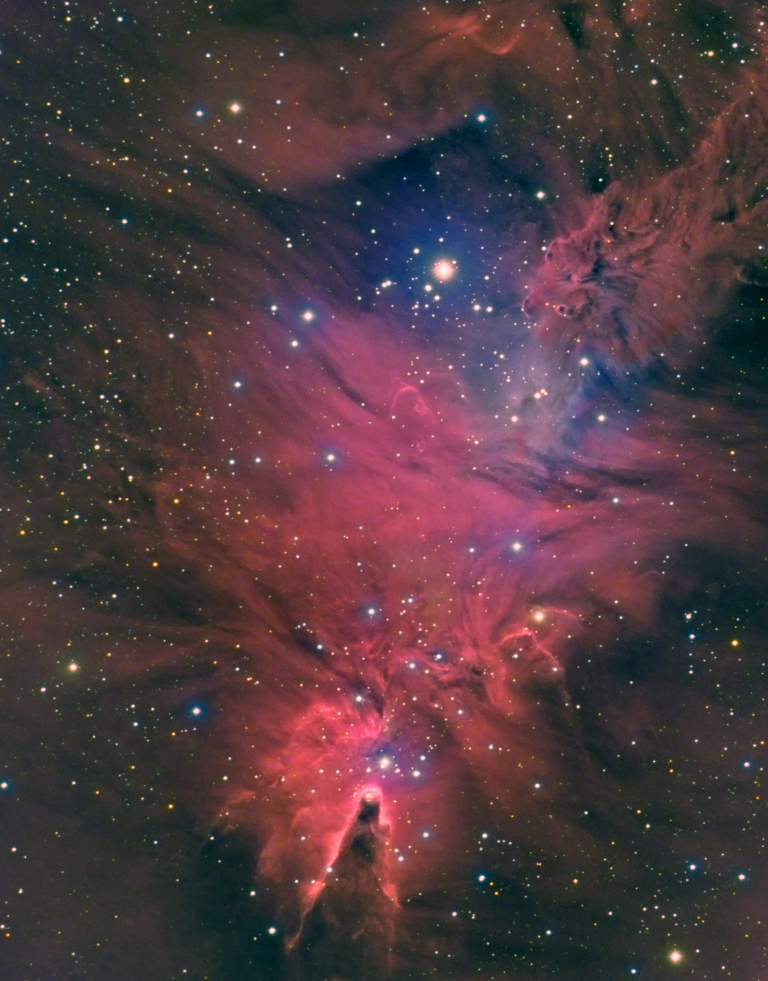 This image contains a few things! At the bottom is the Cone Nebula, at the upper-right is the “Fox Fur Nebula”, and in the middle is the “Christmas Tree” star cluster… you have to flip the image upside down to see that one. It’s a gorgeous region of active star formation in the constellation Monoceros…. 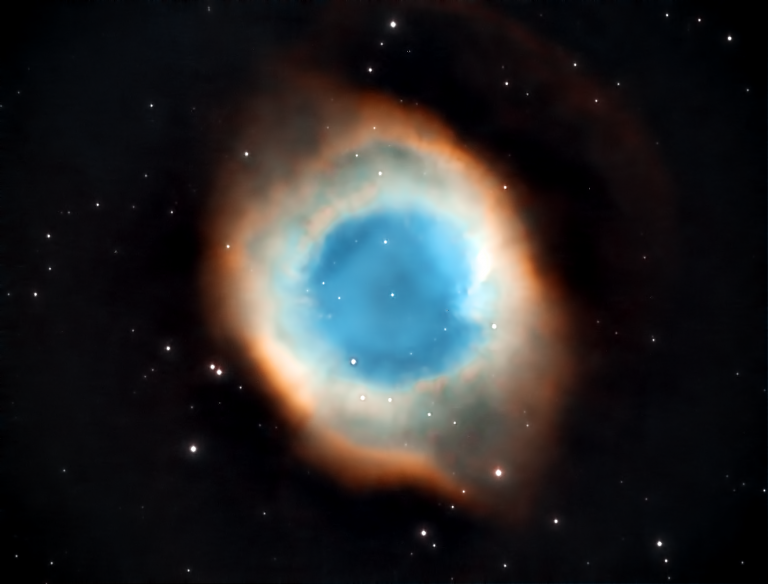 The Helix Nebula is also known as the Eye of Sauron or the Eye of God.